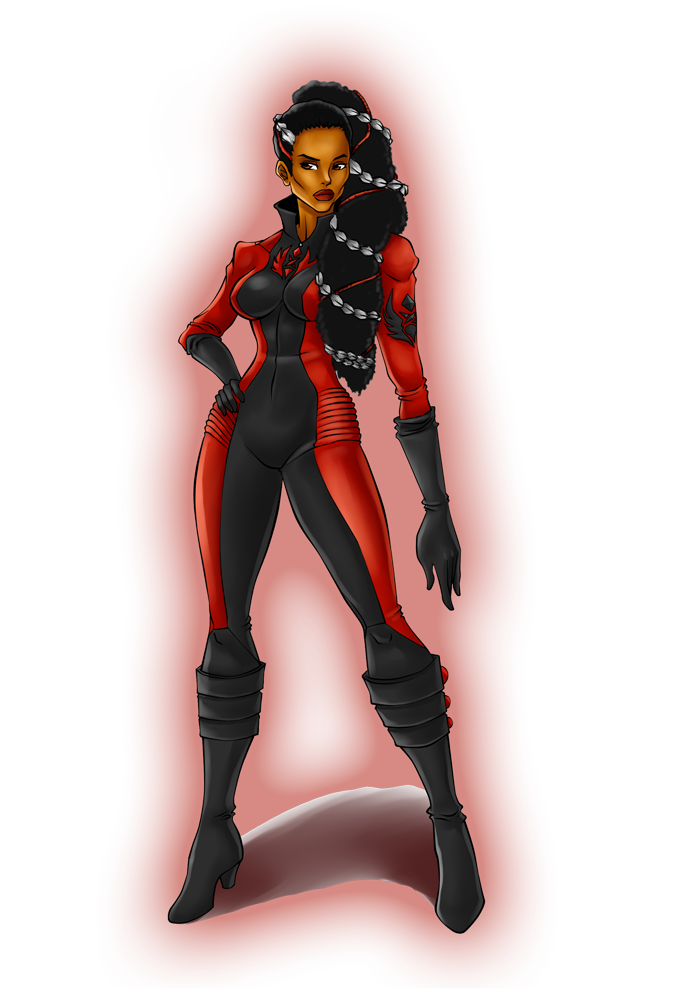 Queen Thema is the recently crowned Queen of Arjana and administrator of the Themia (the female side of Arjana).  She is also one of the most recognized and most beloved monarchs of the Aza Universe.  The mother of Kala, she came to Earth for her daughter’s protection. Read about her journey in The Keepers: Origins.

Residence: Joa, Capital of Arjana in Realm 1 of the Aza Universe
Age: 49
Hair Color: Brown
Eye Color: Brown
Height: 5’5″
Skills: Battle Strategy; hand-to-hand combat; Katili (a brutal Arjanian fight style)
Weapon of Choice: Whatever she can get her hands on
Powers:  No super powers
Background: Queen Thema was raised in the palace walls of Joa, Arjana. She has one older sister through her father.  She is the only child of the former Queen Ngozi.  Her father is a retired General in the Arjanian army. who she is very close to.  She is one of the best warriors that Arjana has ever seen and has been leading troops since she was 15 years old.

She is Themetian which means that she is a direct descendent of the first woman ever created, who was also named Thema.  It also means that she has a condition where she can only have female children.
Occupation: Former Princess; recently crowned Queen of Arjana
Motto: “I’m not afraid of anyone.”