Menu
Kala's Theme
By: The Arranger 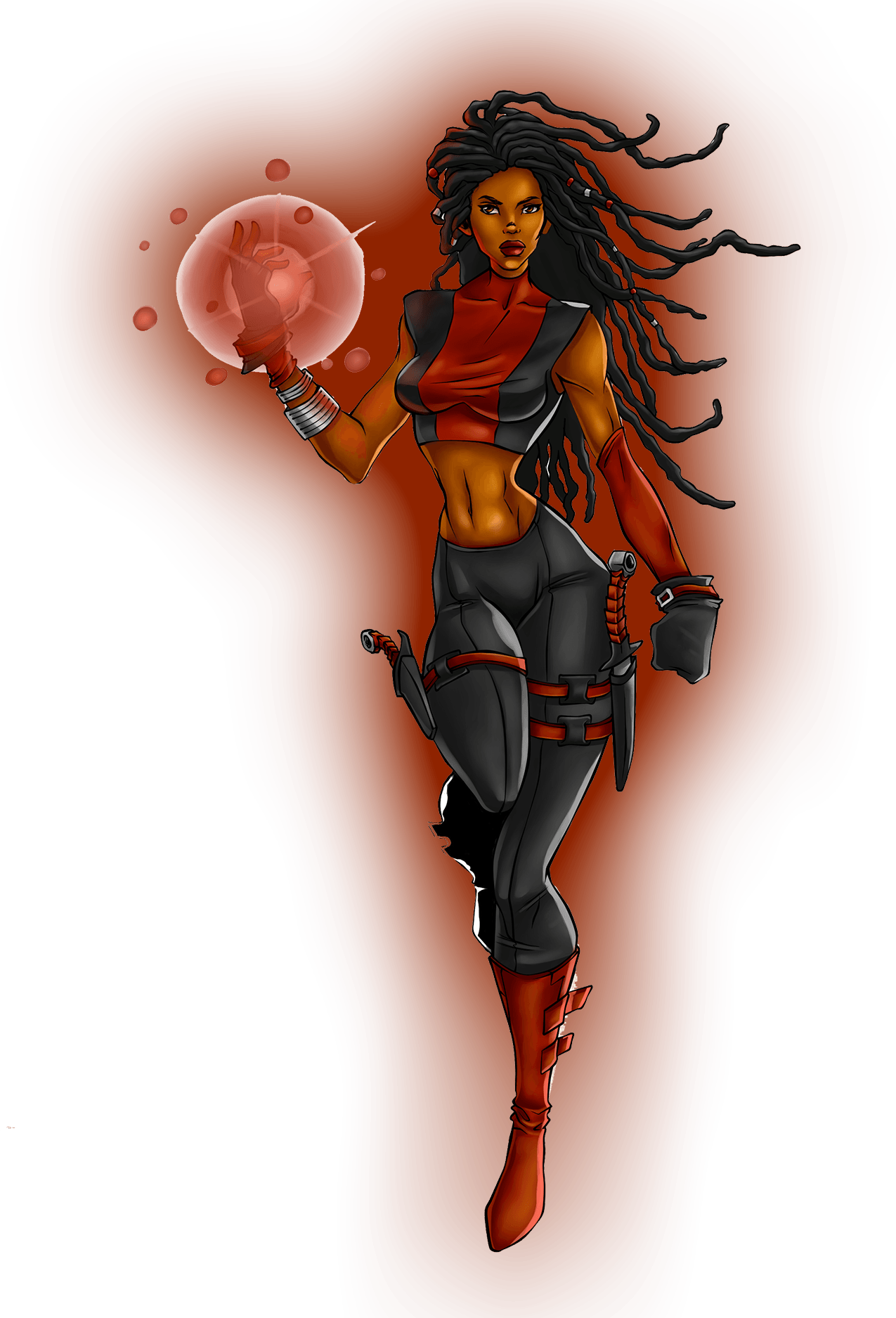 Raised in the Gullah Sea Islands of SC, Kala is a fierce hero from the female warrior tribes of Arjana in Realm 1 (the oldest planet of the oldest realm in the universe also known as the Pangeatic Africus Realm) and is always cool under pressure. She is trained in all forms of combat and gifted in languages and can often be heard speaking Geechee.  Kala has the power to manipulate force and energy which allow her to fly, overpower her opponents in strength and speed, and throw energy balls.

Residence: Gullah Sea Islands, SC  (near Charleston)
Age: 20
Hair Color: Brown
Eye Color: Brown
Height: 5’7″
Skills: Battle Strategy
Weapon of Choice: 2 Tribal Daggers
Powers:  Manipulation of force and energy (flight, speed, strength, energy balls)
Background: Raised by her two aunts; She is trained in various fighting styles and weaponry; Educated in language and the history of Aza and of the different cultures of Aza within each realm.  Her mother lives on her home planet, Arjana, in  Realm 1.
Occupation: College student, social activist, community organizer
Motto: “Anyone can catch these hands.”

<back to heroes and villains